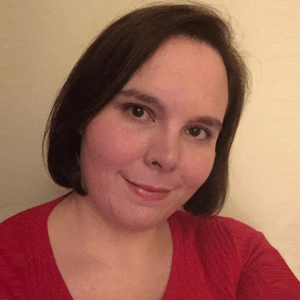 The Purpose of On-Site Visits

As our KMC family grows, our specialists have the amazing privilege of being called upon to help many offices across the country. Whether the practice is big, small, rural, or in a large metropolitan area or whether the doctor is a seasoned veteran with decades of experience, or a new graduate ready to make their mark in this profession, we have services available to meet everyone’s needs. Many of our members are first introduced to KMC University through a seminar or are referred by current KMCU Library Members. This type of connection is what led to a recent onsite request from a practice that had concerns and needed a helping hand to turn the situation around.

We create a "treatment plan" for your practice

We execute the work we do just like our doctors do with their patients; the parallels are uncanny. To assist a doctor who reaches out, we must first take a “history” by looking deeper into the issues before we can “examine.” Only then can we make a professional “diagnosis” and create a “treatment plan” to make the necessary corrections. In this example, we found a young doctor, out of school only a few years, who had worked as an associate before deciding to open up a practice of his own as part of a large franchise. His “chief complaint” was a struggle with his EHR and the billing software forced upon him by the franchise agreement. He explained that this frustration paralyzed him and was holding his practice back. As we began to execute our “evaluation,” it became clear that this complaint was merely a symptom of a much greater issue. As we asked more questions, we found that an insurer had filed a complaint with his state board that added to this doctor’s level of stress and urgency. And as we dug deeper, we found that the discounts his practice offered were outside the acceptable level and were affecting not only his compliance but his bottom line. The pressure of his student and business loans, support of his family, and the sheer frustration that his practice wasn’t moving forward was almost more than he could take. With all of these ongoing issues, our best recommendation was to conduct an intensive 2-day onsite visit. Initially, he felt he couldn’t afford to have us come but in fact, he couldn’t afford not to have us come. And, we were able to make it happen in a way that fit both his budget and timeline.

Arriving at his office, we found his team to be generous and kind, but clearly worried. Fortunately, we immediately recognized that his staff believed in him and were committed to doing whatever they could to turn things around. As we observed him with patients, it was obvious that he was a really good doctor! His patients loved him! Now that we could see that support and talent were not the issue, we could focus on training in the areas that needed it most. Since this was a two-person on-site, it allowed us to divide and conquer.

One of us used extensive billing and collections background to focus on training his biller. Even though the office uses an outside billing company, it is still necessary to do insurance verifications in-house and to oversee the billing company. The biller felt completely out of her element which led to a lack of confidence. As we dug into the current situation, to see what needed to be corrected, it became obvious that the billing company they were using was not following up on some claims which meant money was going uncollected! Several Personal Injury cases were not being managed since this biller had no experience in this area. We focused on correcting the problem while training this particular aspect of billing and we provided them with specific training in writing and on video to refer to after we were gone. We consider this the “teaching someone to fish” philosophy. They may have only practiced on one patient but now the biller knows how to reproduce that process which will help the office get future claims paid.

Our other specialist spent most of her time with the doctor to evaluate and tackle some of the office procedures that had to be addressed in order to respond to the board complaint issues. After spending some time shadowing the doctor, she had a better idea of the services he provided and the techniques that he used. While onsite, we assisted with correcting these issues, and then we wrote and trained policies and procedures for radiology, exams, and documentation that met his state boards’ requirements. The doctor was frustrated with the amount of time it took to document routine visits, and by working together, we found a much simpler, and expeditious way to produce high quality notes in less time. We compared services to the procedure codes the office was using and made on the spot corrections that, with the fee schedule updates, put money directly in the doctor’s pocket the same day!  We saw opportunities for the office to be profitable while still making care affordable.

While a two-day, two-person onsite can be very intensive and sometimes overwhelming, the good far outweighs the bad. Not everyone needs such a rigorous “evaluation,” but when it is necessary, we find that this laser-focused, hands-on consulting gets the most bang in the shortest amount of time. After the visit, our 15-page report of findings and action plans provided the practice with specific direction on how to take the next steps to success, while working with us for accountability and assistance along the way.

Chiropractic school teaches DCs how to be a doctor

There is little to no time in the jam-packed curriculum to teach doctors how to be business owners, medical billers, and compliance experts. There is absolutely no shame in saying you don’t know how to be any of those things since you were never taught how. What is unacceptable is to know that you don’t know, and then sweep it under the rug without addressing the issues. It creates a monumental risk for doctors both personally and professionally. Reach out today to learn more about our specialized Discovery Consultation where you can spend dedicated time with a specialist reviewing your issues, concerns, and fears. Please know that you are not alone and that KMC University has the expertise to help.

Dr. Karen Sedore has over 10 years of experience working in the chiropractic profession. She began as a manager specializing in billing and medical necessity as well as taking on chiropractic assistant responsibilities so that she could be more involved with patient care. She also has experience with income tax preparation and has helped hundreds of families and small businesses with tax planning. In 2016, Dr. Sedore received her doctorate in Chiropractic from National University of Health Sciences. She joined KMC University in 2017 and assists doctors and their staff in her current role as an Membership Advisor.

At KMC University we are uniquely qualified to explore and get to the bottom of the true needs of your practice.

For just $79 (even less for KMC University members) a certified specialist will uncover your practice needs and areas of risk and provide a solution that is tailored to your situation.

Could your practice withstand a Department of Health and Human Services HIPAA audit?

We ask the right questions and review what you have in place now in a 20-25-minute, confidential consultation with one of our experts.

We then provide you with an outline of our findings and how to address each item.

All this peace of mind for just $79 (even less for KMC University members).